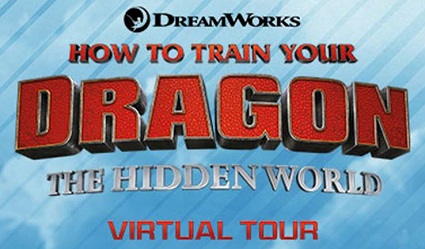 Posted at 18:09h in Blog, Business, Healthcare, Technology by jody

Just a few years ago VR was all about gaming. Now it’s impacting virtually every industry – including retail. Learn where to fly your dragon at a Walmart possibly near you.

Nearly two years ago, my husband and I ventured north to Silicon Valley to take in SVVR. As their promotion said, it was “VR’s main event” – and it filled the San Jose Convention Center. But, frankly, I wasn’t overly impressed with the applications beyond gaming. After all, Morton Heilig started the field in the 1950’s and built the Sensorama as a prototype of his “experience theatre” in 1962. But, fast forward to today, and there is a lot happening – way beyond fun and games; and not just with VR, but AR and MR, too.

According to our friends at Infogen Labs, there are already dozens of use cases for AR and MR in a broad spectrum of sectors; for example, in:

Some of my favorite use cases are in healthcare – from the beginning, throughout, to the end of life. For example, at El Camino’s Los Gatos Hospital, midwives and doulas are using $200 Oculus units with mothers in labor, distracting their minds and bodies from signals of pain, fear, and self-doubt, enabling them to forgo pain meds and epidurals, at least in labor’s earlier stages.

And, ATT is piloting VR with VITAS, where, as their chief medical officer, Joseph Shega, suggests, “VR and AR have the potential to be a new alternative therapy that will hopefully benefit patients by decreasing symptom burden while increasing quality of life.”

With Apple, Google, Microsoft, and Magic Leap all building their competitive technologies, and with sales last year of 250 million Android AR-enabled phones – and 380 million iPhones with ARKit capabilities, soon AR objects and banner ads will be regular “features” on our phones. As will Digital AR pets – with all the emotions and physical looks of a real pet, but without all the feeding and cleanup responsibilities.

Of course, entertainment is where VR started – and is still huge. But now we’ll soon be seeing entertainment intertwined with merchandising: at selected Walmarts. DreamWorks’ How to Train Your Dragon – The Hidden World Virtual Tour started in Burbank on February 15th, and will set up in a total of 16 Walmart parking lots across the southwest, ending its roadshow in Bentonville in April. This self-contained, 50-foot tractor-trailer features a free, five-minute VR dragon-riding experience, followed by (of course) a stop in a themed gift shop, right after guests take off their VR gear.

While the Virtual Tour looks more like a theme park installation than a traditional retail experience, DreamWorks’ partner in developing this attraction is Spatial&, which focuses on creating immersive retail experiences. Turns out Spatial& was hatched in Store N°8, Walmart’s tech incubator focused on retail innovation. So move over E-commerce, here comes V-commerce!